The Power of Duplication - Burke Hedges

Paul Getty once said, "To succeed in a business, to reach the top, an individual must know all it is possible to know about that business." Too bad he didn't know about Network Marketing. 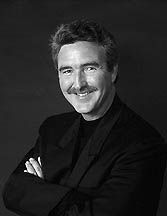 In this business, you don't have to "know it all" to reach the top. In fact, success in our business comes from using what other people know to accomplish your goals. It's called "leverage."

By using leverage, even the smallest efforts can achieve gigantic results.

In Network Marketing you leverage your time, energy and effort the very same way. You leverage knowledge-- yours and other people's-- tools, technology, your company, meetings, systems... In fact, this is the leverage business. All you need to succeed is to know that it works: Like the principle of leverage, you don't even have to know why it works. And you need to have the right tools to make it work for you.

Getty also said, "I would rather earn one percent off 100 people's efforts than 100 percent of my own." That's leverage. In Network Marketing, the people business, what we leverage most is people.

We do that by using one of the most powerful principles in the world. It's called "Duplication."

One definition of duplication is: to make an exact copy of the original. Many people assume what's meant by that is duplicating people.

Wrong! In Network Marketing, we duplicate the system.

Like learning to read and write, it doesn't matter who you are-- man or woman, rich, poor, whatever-- everybody learns the systems of A-B-Cs, grammar and sentence structure. The last thing anybody wants is a Network of people who look, act, and talk just the same. The power of Network Marketing is that all these unique and different people-- each with his or her own special goals, talents and personalities-- come together and learn to do those same proven actions that guarantee success.

The cardinal law of our business is this: Never-- ever! -- reinvent the wheel.

The System IS the Solution

Network Marketing is the most inspired system of distribution and sales the world has ever seen. Nothing harnesses the awesome market-moving power of leverage, duplication, geometric progression and growth like Network Marketing.

Duplication-- that's the secret to success. And the key to duplication is: Don't duplicate people, duplicate the system.

Do you know who owns the most successful restaurant in the world? McDonalds! 20 billion dollars' worth!

Do you know why?

It's not their great food. In my opinion, McDonalds' food is lousy! But it's always consistent. A Big Mac in Toledo tastes the same as one in Tokyo.

Let me ask you this: Where's the french fry machine in McDonalds located?

Over on the left. There are more than 8,500 McDonalds in the world, and whether you're in Memphis or Moscow, the french fry machine is always on the left.

Have you ever noticed how they serve the french fries?

The guy or gal getting the fries has a big stainless steel scoup in one hand. The top part's kind of like a funnel and on the bottom there's an opening and they fit the cardboard container that holds the fries over it. The server scoops up a bunch of fries and in one motion the extra fries that don't fit in the bag spill off and gravity makes the just-right container of fries fall off, plop, right into the rack. Amazing.

Everything in McDonalds works the same way: the burgers, nuggets, shakes 'n' drinks. The same Golden Arches-- not green, not silver. The same decor, the same color floor. They serve you anywhere on the planet in under a minute and they even get you to clean up after yourself. Fantastic!

What a system. Who's working this system-- a bunch of highly trained experts? No way-- kids! Mostly high school kids. After you become the proud owner of a McDonalds, what do you do? You go to Hamburger University. No kidding. That's where they teach you how to use the system.

The key to duplication is: Don't duplicate people, duplicate the system.

Duplication-- when you know that, you know it all!

There are two extraordinary concepts we use in our Networking Dynamics Programs to have people generate fast-track results:

When I started in this business, I had only three things going in my favor: a burning desire to make it BIG, the commitment to do what it takes to work the business, and third-- and most important of all-- I was teachable.

I knew I didn't know how to do this business. I knew I could do it, anybody could, I just didn't know how. So I went out and found someone who did know how-- and I just did what he did. It's called modeling. It works-- big time!

Probably the greatest teacher of modeling around today is Anthony Robbins. He says:

"To me, modeling is the pathway to excellence. It means that if I see anyone in this world producing a result I desire, I can produce the same results... If you want to achieve success, all you need to do is find a way to model those who have already succeeded ... find out what actions they took ... how they used their brain and body to produce the results you desire to duplicate... Virtually anything any human being does can be modeled ... you can step in, model the actions that took [them] years to perfect, and produce similar results in a matter of moments, months..."

By modeling, which simply means mirroring or copying, the actions of successful men and women in this business, you can get the same results they have.

Watch them, learn how they talk, act, their work habits, their attitudes-- then do what they do. Don't just watch them and then go to bed hoping tomorrow you'll wake up and do what they do. Observe, mirror them, and act. Act, act, act.

The easiest way is to get a mentor. Every successful person I've met in this business has at least one. Find some successful Network Marketer and latch on to him or her. Go where they go. Do what they do. Check it out, and if it works, duplicate it.

This business has absolutely nothing to do with "do it yourself." Copying the actions of successful people isn't cheating. It's working smart. Why should you reinvent what took someone years and years to learn? Heck, take it and run. Be a mirror.

If you see that the successful people in your company dress sharp -- dress sharp!

Now, I'm not telling you to imitate their personalities-- this isn't "send in the clones." But if you see all the successful people wearing blue suits and white shirts, and you find out that men and women in blue suits sell 25 percent more than people in brown suits, what color suit are you going to wear? You bet-- blue!

There are ways of acting that are proven to work better than others. Do them. Watch successful people and duplicate what they do-- not who they are-- what they do.

The word "duplicate" originally meant "to double," and this concept of doubling is one of the most powerful forces at work in your Network Marketing business.

The power of doubling is awesome - but most of the time it's going on, you'll never know it's happening.

The quarter mil? Don't do it; take the penny.

A penny doubled every day for a month doesn't sound like much. After five days, you'd have all of 16 cents. After 15 days, you have a whopping $163.84. Beginning to think you made a stupid choice? Wait, there's more, and it's about to get really interesting.

In the beginning, doubling doesn't look like much. After 20 days, your penny is only a couple of thousand dollars. But it's five million by month's end.

That's the doubling concept. That's the power of duplication. Don't be fooled just because you can't see it yet.

My friends, more people quit this business mere months before their ship comes in 'cause they just don't see it.

The power of doubling is awesome-- but most of the time it's going on, you'll never know it's happening. Then, like magic, you explode!

It's not magic, though. It's science-- and what's more, it works, it's proven, and it's going to work for you.

The doubling concept is how Network Marketers keep all the qualities of "small is beautiful" but do a big, big job.

The power of duplication is the doubling concept. Your business grows geometrically.

McDonalds didn't start off with all those restaurants. They started with just one.

Do you think it would be possible for you to find just one person-- just one person each month-- who's interested in more freedom, recognition, happiness and security, in improving the lives of their familly?

BURKE HEDGES is the author of the best-selling Who Stole the American Dream, You Can't Steal Second with Your Foot on First!, You, Inc., Copycat Marketing 101, Read and Grow Rich, and his newest, Dream-Biz.com. He lives with his family in Clearwater, FL. This article first appeared in the December 1991 issue.

Reprinted with permission from Upline, The Power of Duplication - December 1999, 888-UPLINE-1, http://www.upline.com