Give Your Business The Time It Deserves - Jack St. Arnaud of Lifestyles 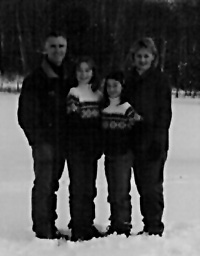 Jack St. Arnaud knows what it means to work hard. Having grown up on a family farm in rural Canada, he has been working year-round since he was just 10 years old. Jack married his high school sweetheart, Colleen, and today they operate a 2000-acre ranch which produces award-winning Hereford cows. But as successful as the farm has been for Jack and Colleen, there was always the sense that the land and the animals owned them, and that their lives often came a distant second to the needs of the ranch. "It was so frustrating," Jack recalls. "The more successful the ranch became, the less time we had just to live our lives. We were out there starting at sunrise till sometimes 10 o'clock at night. It was consuming us."

Then one afternoon, Jack was out delivering feed to an elk farmer....

We were standing there chatting, unloading the grain, and he told me about the Network Marketing company his wife had started working with. As he explained it, I realized this was something Colleen might be interested in, part-time in the evenings. I certainly didn't see it as something that I would be interested in-- not at first.

He said `why don't we get together over supper and let my wife explain it to your wife.' And that's exactly what we did. Through the conversation, I started to see that maybe this was something Colleen and I might do together.

We raised 2000 acres of grain, and raise purebred Hereford cows-- that's been our business since we were both 20-years-old and got married. We both grew up on farms, and that's all we knew, so we didn't join Network Marketing to get rid of our ranch. We saw it as a way to earn extra income to hire people that could work out on the ranch with us-- and that would give us more free time to do other things. So we started with that goal in mind, working very part-time at first.

We knew that we had a business that could change the way we were going to run our farm. We didn't want to continue having the farm run us all of our lives. And we knew that this would give us the extra income-- if we worked it hard for at least four to five years-- to allow us to manage the farm instead of being slaves to it.

Like everybody else who joins the industry, I was very excited about the potential of the business and what it could offer my family. And my excitement led me to believe that everybody else would be interested in signing up too. Well, as we all find out, that isn't how it works.

I was honestly shocked when people started telling me no, they weren't interested. The objections were hard to take and very surprising. We just couldn't understand how people could be so negative about the industry.

Another challenge was time. Our two girls were still very young when we started, plus we had the ranch to run. It was nothing to be working the ranch 18 hours a day, especially in the spring. Time was not something we had much of, to say the least. But what little time we did have, we applied to the Network Marketing business.

Yes, we were working more hours-- but the thing that drove us forward was the long-term vision we had. That kept us focused.

To help us through the struggles, we always compared everything to the farm. That brought things into perspective.

When people said no, they weren't interested, we thought: well, not everybody is interested in buying the breed of cattle we sell. But that doesn't mean we close down the ranch and quit. We just keep looking for someone who is interested. We handled our Networking business the same way.

We made it a priority and afforded it the time it deserved-- that meant juggling schedules, rushing to make meetings, and maybe staying up later at night. But that's what you do when you're running a big business. Colleen and I treated our Networking operation like a million dollar business, because that's what we were expecting back from it-- and time has proven us right.

The business skills and the work ethic that helped us in Networking, Colleen and I learned at a young age, working on family farms. My dad taught me everything I know about working hard and managing a business.

If you want to succeed in the farming business, you have to get out there and make it happen-- the hay doesn't wait for you. We learned that if you work a little each day and stay committed to it, you can really make things happen in Network Marketing. You can't just sit back and wait.

All of the things I learned on the farm growing up are the things I applied to the Network Marketing business to make it work. Plant the seeds-- if we don't plant the seeds in the springtime we don't get the crop in the fall. It's a simple formula, but you've got to follow it. Be aggressive and promote the cattle-- or promote your product, whatever it is-- know the business, educate yourself, and work, work, work.

The crop won't come in unless you plant the seeds and nurture them along. It's the same thing in Networking. Talk to people, encourage them, teach them, help them, and lead by example.

Balance is the key. When someone's life is already out of balance, and they aren't willing to change, then Networking won't work for them. You have to be willing to learn to balance your life.

Success for me is freedom. It's balancing the money and the time. It's the difference between a million dollar ranch that owns you versus a million dollar Networking business that sets you free.

Today we own the farm, and it doesn't own us. In many traditional businesses, the business ends up owning you if you are successful. You may have money but you don't have time to enjoy it. You may be rich, but you are time poor, and that's a difficult, frustrating place to be.

In the last seven years, Colleen and I have traveled to six or seven different countries. We have met some of the finest people you could ever hope to meet in the world. And we are enjoying spending time with our wonderful children. It's really amazing. Once we thought that there would be a lot of time to relax and live, and that would be when we were old and retired. But we enjoy that time now.

JACK ST. ARNAUD is a full-time distributor with Lifestyles, Network Marketers of health and personal care products. Jack and his wife Colleen are Global Marketing Directors, and have been with the company for almost seven years. They live on a 2000-acre family farm just north of Edmonton, AB, with their two daughters, Ashley and Amy.