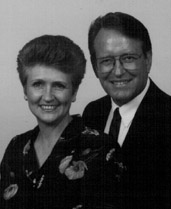 A second generation success in Network Marketing, Robert Lovell has been actively involved in the industry since 1964. He has personally witnessed the industry evolve from its door-to-door sales days to the current international boom. And to think it all started with bras and girdles....

When I was still a teenager, my mother became involved in Network Marketing selling vitamins. I guess you could say Networking was the family business.

When I was 21-- this was 1964-- I got back from a two year mission in Brazil and my mother had moved from vitamins to Shaklee. It looked like a good deal to me, so I started selling Shaklee door-to-door. Back then that was a great way to market products to the home, because there was usually a housewife who would answer the door. You would have a hard time of it today with most women working.

Then my mother got involved with another Networking outfit that was selling bras and girdles. I didn't want to have anything to do with that-- I was too embarrassed. I was a young single guy, and I couldn't even look at the products without blushing. But my mother, Virginia Lovell, became very successful with that company-- she was a superstar.

Things changed when my mother started to make four to six thousand a month selling the bras-- that really got my attention; remember this was the mid-Sixties. I couldn't pass up the opportunity; there was just too much money that you could make. So I concentrated on building an organization-- selling the business rather than the products-- and that paid off very well. When I was still in my twenties, I earned three bonus cars.

We moved on after that. I got married, started a family, and became a contractor. We were doing quite well building homes until late 1979 when the interest rates ruined everything. We lost it all-- the business, our dream house-- and we were $200,000 in debt. That's when I turned back to Network Marketing. I just knew that was the answer.

My wife Carol and I got involved in Sunrider and built an organization of over 100,000 people. We spent 11 years with that company and developed a personal seven-figure income. It was a great experience.

Now we are on to our next challenge: In January of 1995 we kicked off our very own Networking company, Empower Net, and we are very excited about how things have been going so far.

In the many years that I have been involved in the industry, the greatest challenge I have seen is overcoming the negative reaction people have about Network Marketing. I dealt with it in 1964, and we still deal with it today. I have learned that the way to overcome that is to really focus on becoming a person of total integrity. If you are sincerely credible, and you have a really strong belief in what you are doing, people will pay attention to you. If you don't have that strong belief, then people will see through you pretty fast.

You want to break through all that negativity? Then work on your belief system-- study the industry and learn everything you can about it. Let people see that you know what you're talking about. Let them know that they are talking to an excited, enthusiastic individual who is ready to help them succeed.

Carol and I learned to hone our personal skills. We lived by daily positive affirmations. We gobbled up Zig Ziglar and Denis Waitley tapes and read all we could. We got emotionally involved in our own self-improvement and we went out there expecting to win, expecting to be successful.

When you approach people like that-- with integrity, with knowledge, and with enthusiasm-- you will be surprised how easy it is to overcome the negative notions they may have.

Become a student of success-- and study the laws that govern your success in life. Learn to focus on the needs of others first. See yourself as a role model, lead by example, and be the first one to lend support. Share solutions with others in a sincere way. Look, if you have the solution to someone's problems, and you don't share it with them, then you are being self-centered-- you're too worried about what they will think of you. Lose self! Stop worrying about what they might think and focus on the fact that you have a solution to a problem they have. Be the one to offer the solution. It's not important if they grab it right away. What's important is that you were there, you offered to help.

Carol and I teach a six-step pattern to success: First, establish your personal value system. Write down what it is that's important to you, and make plans to live your life around those priorities. Use these values to write your life's mission statement, then share that with the people you love.

Two, start getting passionate about your dreams. No limitations! See it big.

Three, set realistic goals that you can work with on a daily, weekly, and monthly basis that will get you on track to your dreams.

Four, learn to positively affirm your abilities and your efforts. Encourage yourself and practice believing in yourself.

Five, learn to say yes to those things that take you closer to your dreams, and no to those that don't. It's called disciplining your thoughts, and it's something you must learn to do.

And lastly, grab a hold of a vehicle that will help you reach those dreams.

If the first five of these are in line, it's amazing how something always comes into your life that will get you to where you want to be. Grab hold of it and don't let go.

At first, the best thing about Network Marketing for us was that it took care of our financial needs. It got us out of debt, and brought some real security and freedom into our lives. But once you get past the dollar, you start to see that Network Marketing is the best vehicle for empowering others. It's the best way out there for ordinary folks to learn about life principles, about success principles-- things we are not taught in school, but things that everyone desperately needs to learn.

It's such a powerful way to influence people's lives for the better. I just cannot think of better way that one person can have such a positive impact on so many others-- this is it.

ROBERT LOVELL is the Founder and owner of Empower Net, Network Marketers of health and nutritional products. Robert lives with his wife and partner Carol in Mesa, AZ. They have six children and seven grandchildren.