"Your Purpose is Your Success" - Lorraine Galloway, Excel 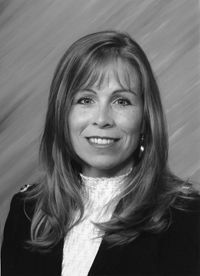 Lorraine and her husband were veteran entrepreneurs-- franchisers who knew that owning their own business was the only way for them. Instead of counting on the pizza business for everything, they kept looking for business ideas to expand their horizons. When the right opportunity finally came their way, Lorraine wasn't even home. She had gone to visit out-of-town family, and ended up staying away from home for two months to nurse her aunt who had cancer. She came home, four-year-old in tow, to find her husband had big plans for her....

We were always looking for different ways to diversify. We had been involved in franchising for almost 20 years-- 18 years, actually, and several franchises. We had a brief exposure to Network Marketing about eight years ago, but the company wasn't good for us. We had done some great research, even drove 18 hours to a rally, but we couldn't get comfortable with the idea.

Four years ago, a colleague in the franchise industry-- someone we really respected whose judgement we trusted-- approached my husband about Excel. My husband took a look at the business first, and he and our sponsor both agreed that I would be perfect at it. So he asked me to do it. For some reason, the timing was right because it was very natural to say, "Okay, what do I do?" That's really how I got involved. My husband thought of it and asked me to do it.

When I got started, there were three big challenges, and I don't think those challenges have stopped since I got into the business. They've just changed in appearance and degree of intensity. The first was probably the culture shock of realizing that having friends didn't necessarily mean having good business partners. Seeing people's mindsets and their work ethics-- not just about Network Marketing, but about life-- was a real eye-opener. It exposed a lot of negative thinking I hadn't been familiar with. Network Marketing doesn't cause those attitudes, but it really shows how people are. Looking back, I realize I couldn't have gotten that insight anywhere else. It really gave me an education in how people's minds work.

I also struggled with the tendency to compare myself with other people in the industry. I really didn't have a background or reference point, so I didn't know very many people that were honest with me about how hard this business can be. I had to rely a lot on God and my inner self to tell me it was okay, "It's gonna be alright; you're doing a good job." I think that's been a real challenge.

Finally, I think the biggest challenge has probably been that life continues around the business. It's never stopped happening, so I've had to be able to find a balance. We've had some serious family struggles with illnesses and events we've had no control over. Recognizing when to put the business on hold has been a challenge because family can't wait.

Overcoming these obstacles requires recognizing that they're always going to be there. They're never going to stop. It isn't as if you take care of something once and just move on to the next issue. If I was to say one thing that works for me, it would be looking at a challenge or situation as an educational experience. There is something to be learned of value and benefit in everything that I'll need someday. I think each one prepares me somehow, reminds me how to be grateful in reference to other people's attitudes. I was so unfamiliar with that and certain instances in which I had no control. How will I learn from this? How will this make me a better person? That kind of question gets me through.

I don't believe that success is dependent on your circumstances, so I've never looked at myself or at our situation to identify one or two things that make us successful. I think at one time I did, but I've learned that by labeling it-- fancy house, big car, perfect kids-- you limit yourself and other people, too. I've known people who've never had any of those things, and I believe they're successful because of who they are. When your mind, your heart, and your spirit come together in knowing what you're called to do, feeling that purpose is successful. The daily things that you do to build the strength of character are successful. It's not about achieving something. If you label success in only one way, you end up living for that day or that thing, and you can miss the now, being able to spend the majority of your time where your giftedness is. If you view your purpose and character as success, I feel that you're adding significance and value.

Success in this business is constantly rechecking yourself for balance. Is this important in the scheme of things? Is this going to benefit in the long run? It's a struggle to balance. It's probably one of the biggest challenges of life in general. You end up focusing your energies on things that don't mean anything and later look back and say, "Oh my gosh, should I have done that?" That's a very hard question and I don't really have an answer for it-- it's a never-ending process. I just constantly prioritize things: family, franchises, Networking. I have four children that still live at home-- three teenage boys and a young daughter who's eight years old-- and you can't put family on hold.

It's so hard to choose Network Marketing's one best thing. It has to do with the person that I've been becoming and the people I've been able to impact, not necessarily in that order. The money isn't the issue. I don't want to sound trite; this is really important to me. Being an employer has been a struggle for me personally because I know that our employees will never reach the level that we have, even if they wanted to. That has always been a struggle.

Network Marketing has allowed me, in a small way, to facilitate a level of thinking or awareness in people, whether it's in their potential in the industry or outside. There's so much more for people out there, and I teach them not to limit their thinking about their potential. In a nutshell, it's helping people to think, because there are so many people out there who don't. They are trapped into doing something that won't ever unlock their potential.

Each of us is just a work in progress and that's such an incredible thing. That gives me more joy than anything, just to watch people grow and develop. I love to be able to say that I was a part of that. I feel really humbled by the whole experience.

As an employer, I don't get to have that level of impact on someone's life. If you change a person's paycheck, it lasts a short time. Change from within is long-lasting. You know how kids are? They'll just stand in line waiting for permission to run. All you have to do is give the word. They're just looking for somebody to give them permission to try things, to think differently. Network Marketing gives that permission.

LORRAINE GALLOWAY has been a part-time Networker with Excel-- marketers of telecommunications products and services-- for four years, and is an Executive Senior Director. She is also in franchising with her husband Christopher. They live in St. Louis, MO, with their children Jamie, 18, Warren, 16, Michael, 15, and Hannah, 8.