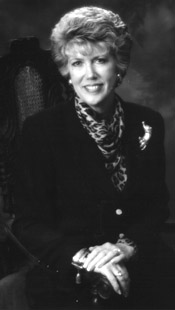 Kathleen Deoul was one of those working women who made it. She had successfully broken through the "glass ceiling" and was enjoying the benefits of running her own business-- one of the largest executive office suite companies on the east coast. But success in the workaday world has its price, and for Kathleen, that meant almost no time for her family.

"I worked all day," she remembers, "commuted 120 miles round trip, got home at seven or eight o'clock at night, exhausted. I tried to enjoy what little time was left in the day with my husband and my daughter, but it was really difficult."

Besides constantly trying to beat the clock, Kathleen suffered for nearly ten years from a debilitating disease that left her in almost constant pain from the neck down. It was getting to the point where walking was too painful to endure, and she was considering the use of a wheelchair. Then a distant relative called....

They came to talk about a business, because they knew I was an entrepreneur. They gave me some products to try. Literally overnight, I had an experience with the products that changed my life, and the pain I'd suffered from for so long gradually went away.

I became a distributor, but only so I could get the products wholesale for myself. I was determined not to get involved with the business opportunity because it was Network Marketing. I had been recruited by other companies very unprofessionally in the past, and I did not have a good feeling about the industry. I thought it was all sort of sleazy.

My whole idea was just to get the products for myself, and share them with a few people that I knew could benefit from them. I had no intention of building a Network.

But some of those people I talked to had the same idea, and they started sharing the products with some friends, too. Pretty soon, checks started coming in-- nothing big. Remember, I was already doing very well with my own company. It was nothing that impressed me too much-- until I got a check for $4,200. That was my wake-up call.

When my part-time income in Networking reached $16,000 a month, I finally decided it was time to sell my other company. I have been full-time ever since.

My biggest challenge in the beginning was that nobody had ever heard of these products. It really was an uphill battle. I mean, people just plain-old laughed at me. The only way that I could convince people to try these products was to tell them my own story, and to talk with them eyeball-to-eyeball over the kitchen table.

I also had to deal with the fact that not only did I not believe in Network Marketing, but most of the people I talked with didn't believe in it either. I was constantly trying to overcome those Networking myths.

It also didn't help that, in the beginning, my husband did not support me at all. He was totally against me having anything to do with Network Marketing. He was very negative about it all. He did not say `I won't let you do this,' because that's not the kind of marriage we have. He just wasn't supportive, and that was a struggle.

I overcame all of that by focusing on two things: Education and communication. Discovering the truths about Networking helped me raise my own belief level and helped me to educate others.

So when people would ask me `Is this a pyramid?' I was very comfortable saying `Of course it is,' because I had learned that every successful business is structured in a pyramid. There's just a vast difference between a classic, corporate American pyramid and Network Marketing, and I learned what the differences were, and how best to communicate that to people, to help them understand the real promise and opportunity in Networking.

My husband, Neal, eventually came around. At one point we took our daughter to the Virgin Islands on a vacation-- with money earned from the business. I sat down with him and had a very pointed conversation in which I told him that this was what I wanted to do for the rest of my life.

The real key was that I was enjoying the freedom of running the business at home. For the first time in my daughter's life, I was there. Finally I found a way to be home with her more, and I let my husband know that that was a priority with me. Once he saw the results I was after-- the reasons that I was involved with Networking-- he supported me.

I never took any rejection personally. This is something that I try so hard to teach my downline. You must understand, people will say "no" five, six, seven, maybe even eight times before they say "yes." Either the timing is not right in their lives, or you just have not given them enough information or enough of a reason to say "yes." Don't take it personally, and don't go off in a huff. Simply commit to staying in touch with them down the road.

I have been the most successful in being able to help people believe they could accomplish something that they never thought they could. I love taking people into this business and creating multi-millionaires-- people who never dared to aspire that high or dreamed they could achieve so much.

It's so incredible to bring someone to a level of achievement, then step back and watch them shine. Many times in Network Marketing companies, people become celebrities for what they have achieved, but a lot of time the people in their organization feel swallowed up in that process. They have a hard time feeling like they are ready to step into the limelight themselves.

I forced all my chicks out of the nest. I didn't abandon anybody, but I made it clear that they needed to build their own organizations and their own reputations. We're creating leaders here, not followers.

The two best things about this experience has been the freedom and the people. The people that I work with are wonderful. I didn't have these kinds of relationships in the corporate world because I never had time for them. But I have developed relationships in the business that I know will go on throughout our lives. They have become like family.

The freedom that this business allows me for my family, for traveling-- just the freedom to have a day off whenever I want it. It's about having the freedom to go to an afternoon movie with my husband, for example. The little things in life suddenly become so important to you, because you now have the time to enjoy them.

KATHLEEN B. DEOUL is a full-time distributor for Nikken, Inc., Network Marketers of healthcare products. Kathleen is a Diamond with the company, and has been with them for almost five years. She lives with her husband Neal and 12-year-old daughter Shannon in Baltimore, Maryland.